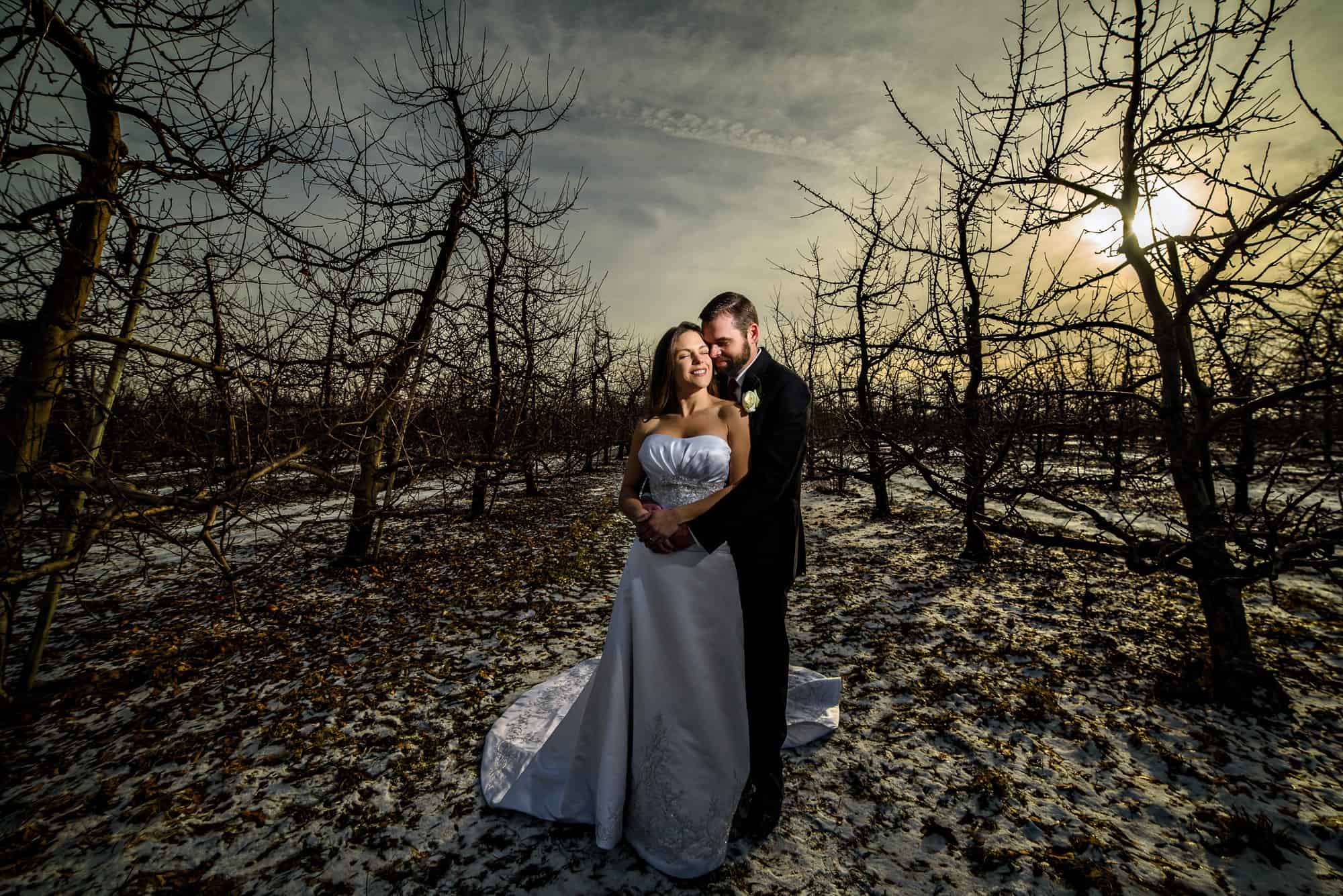 Karla and Jayson had an intimate winter wedding in Greenville, MI on a brisk January day, surrounded by their closest family members. They got in touch with me just two days before the wedding and initially only thought that they would need an hour of coverage to document the ceremony. This line of thinking is fairly common and I have had lots of inquiries about smaller weddings where people specifically mention only needing one or two hours. It’s understandable, since most people who aren’t photographers don’t know what goes into it and don’t realize how quickly that one hour would be eaten up just with the ceremony itself and a handful of family portraits, leaving them with no time left over for creative portraits or photos that tell a more complete story.

Personally, I believe that there’s no way to shoot a wedding and do it justice with just a single hour of photography. I know from experience that three hours is the minimum amount of time that I need to tell the story in a way that’s consistent with the style of photos that I show on my website. I would never want someone to hire me and then feel like I didn’t deliver what they were paying me for, so I have made it my policy to stick to a three hour minimum of coverage.

After speaking with Jayson and Karla and explaining the types of photos we could get with just a little more time, they decided to book me for three hours. I’m so glad that they did, because in that time frame I was able to tell the story of their wedding and create some stunning portraits for them that show the love that they shared at that moment in time. 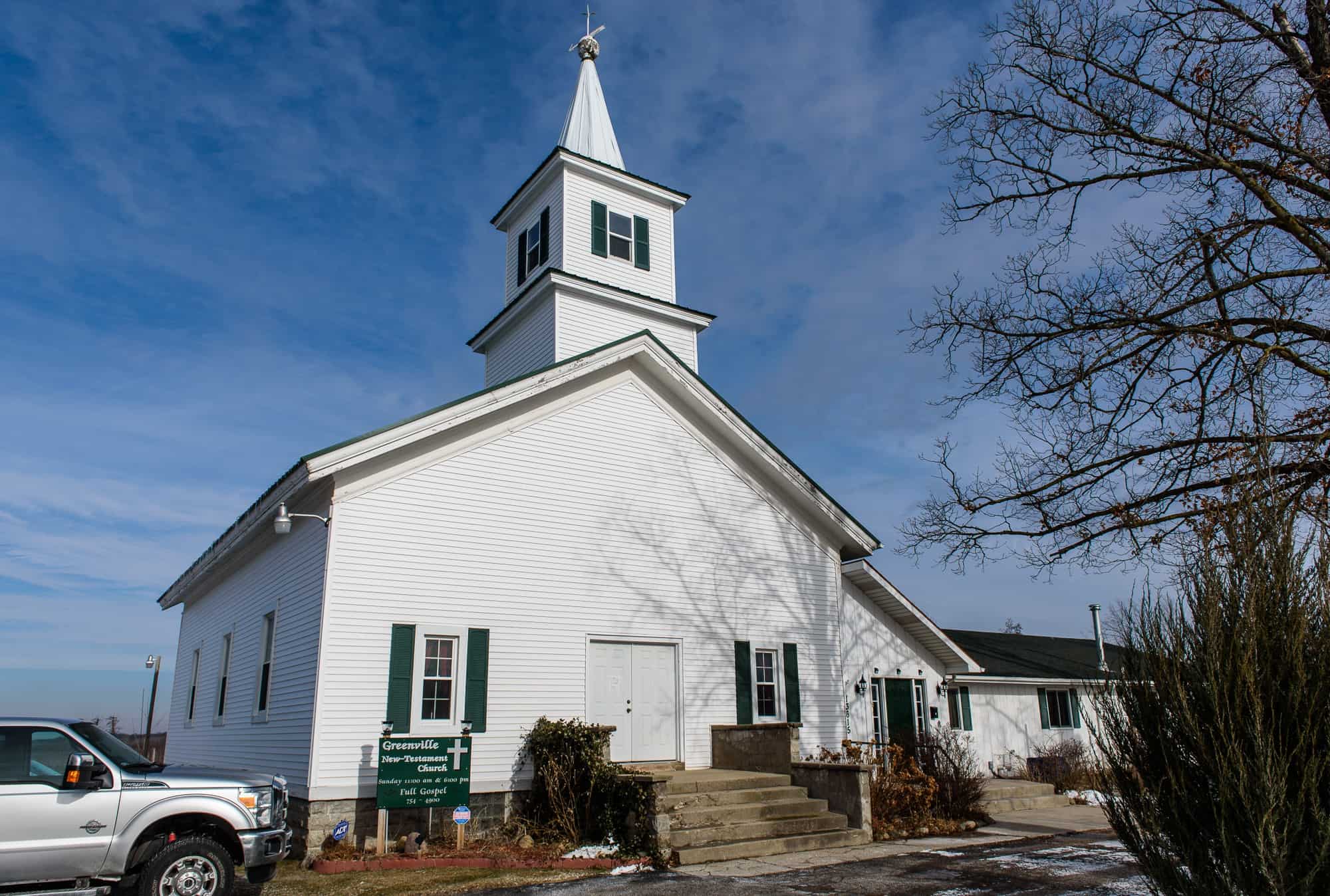 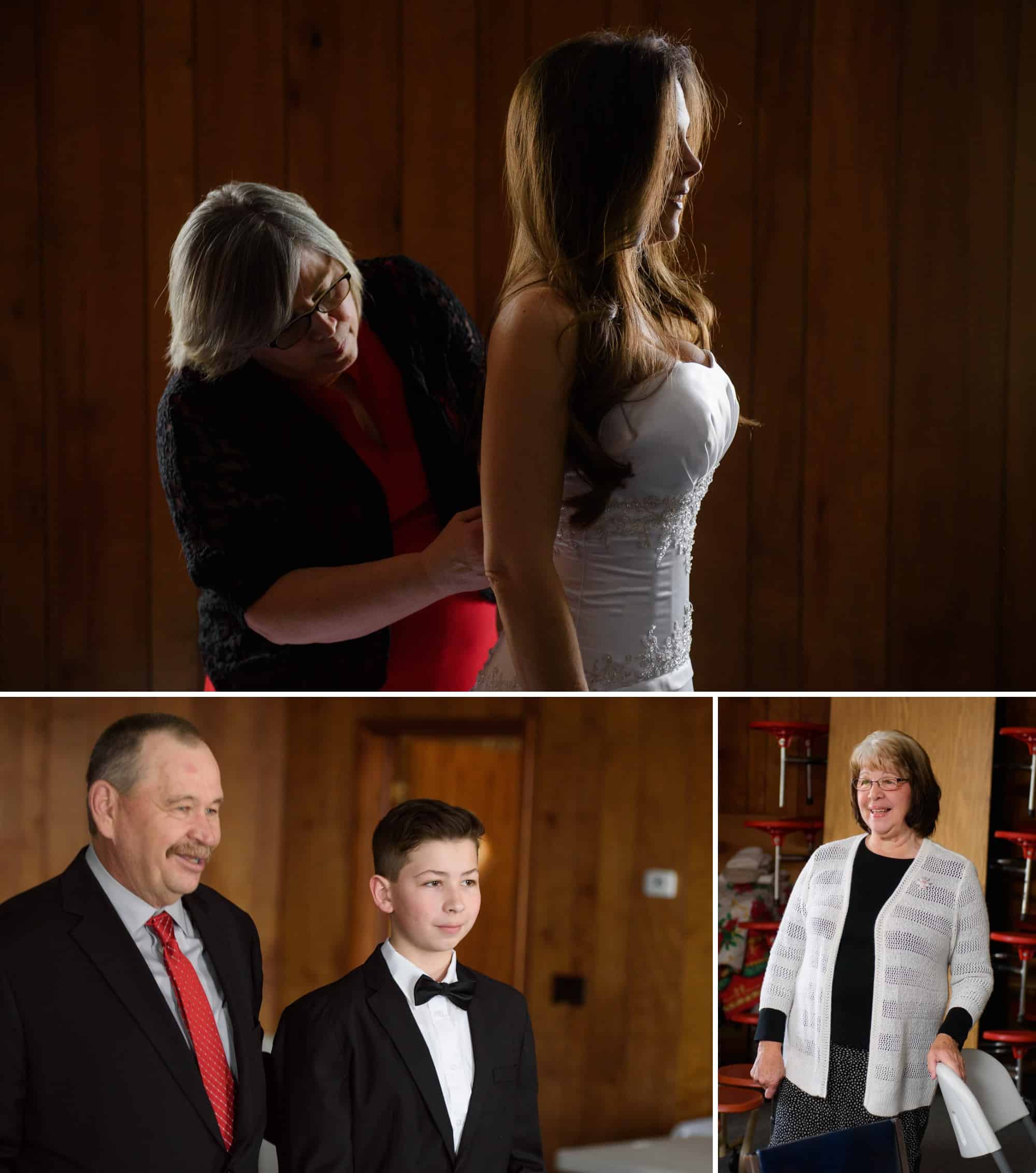 When I arrived at the church and looked around for a place to take some portraits, I found this room:

It doesn’t immediately scream “photo op!” but I knew that the double windows with plenty of light coming through would work well for some beautiful bridal portraits of Karla. By placing her slightly behind the window on the right of the above photo, I was able to get some lovely light on her while the light from the rear window gave a smooth light on the background. 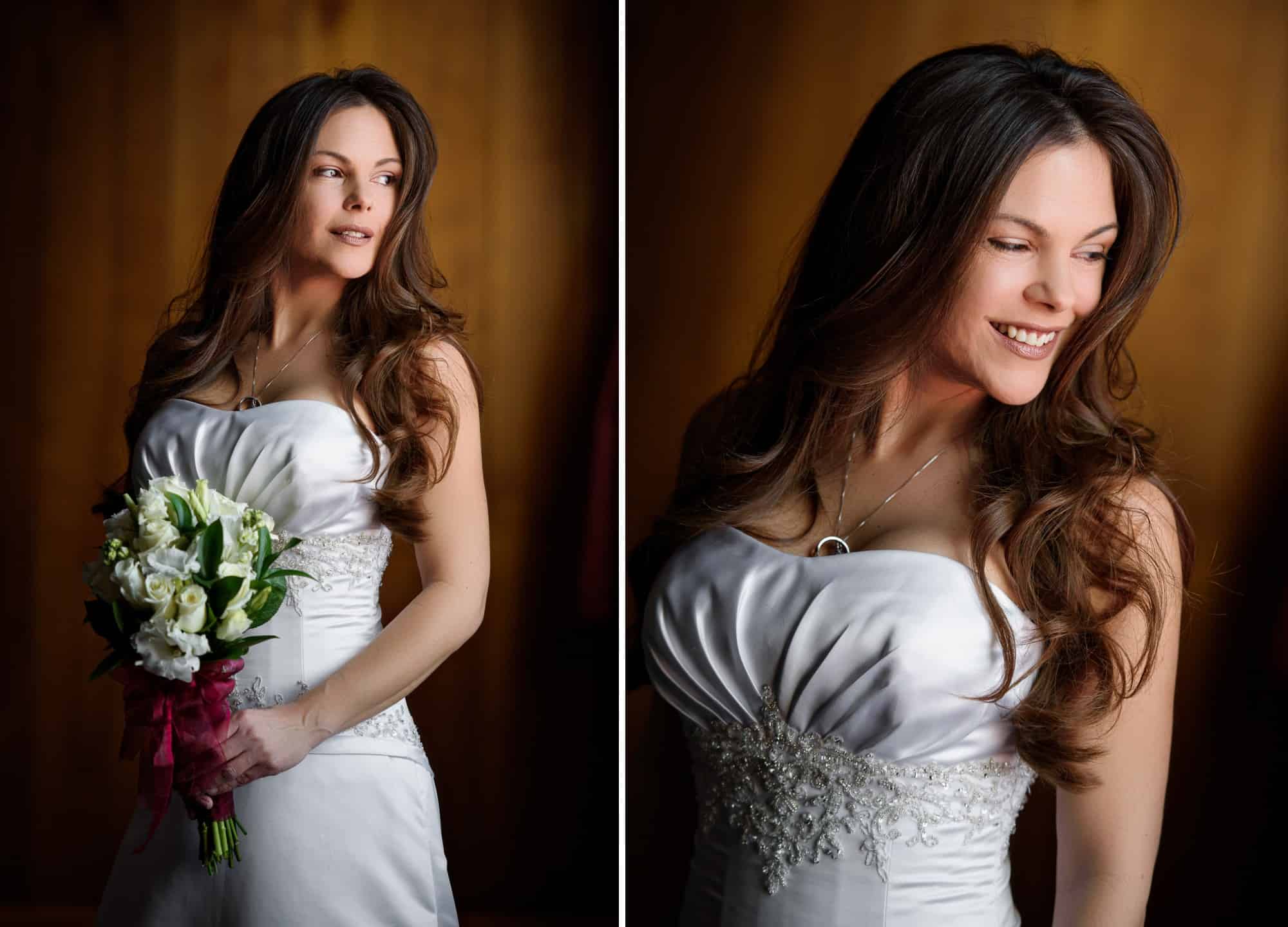 I liked these but I wanted to try something different for variety. Closing the curtain on the rear window removed the light from the background, and adding an LED panel from the left side of the image gave a subtle separation light on Karla: 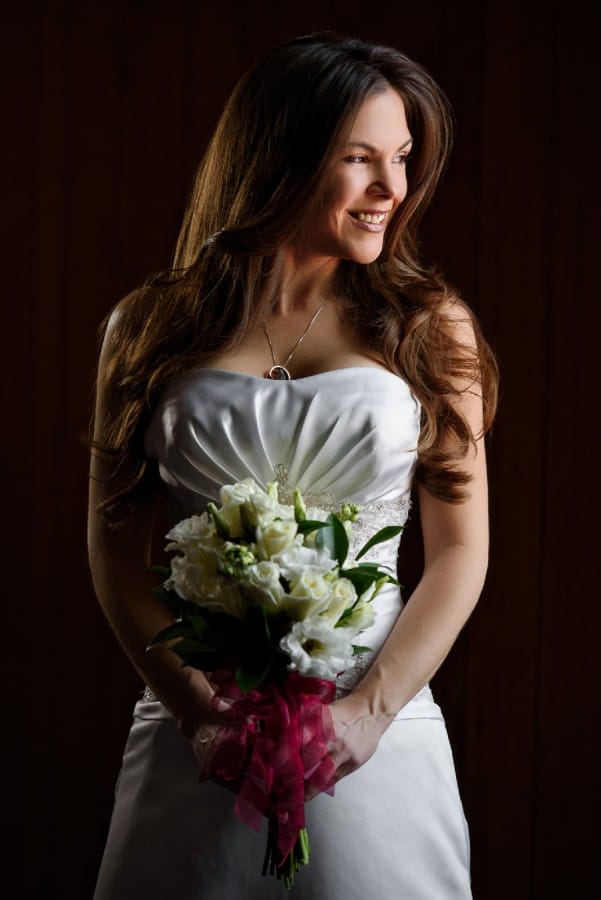 Finally, we did a photo with the double window light from a different angle to showcase the dress. 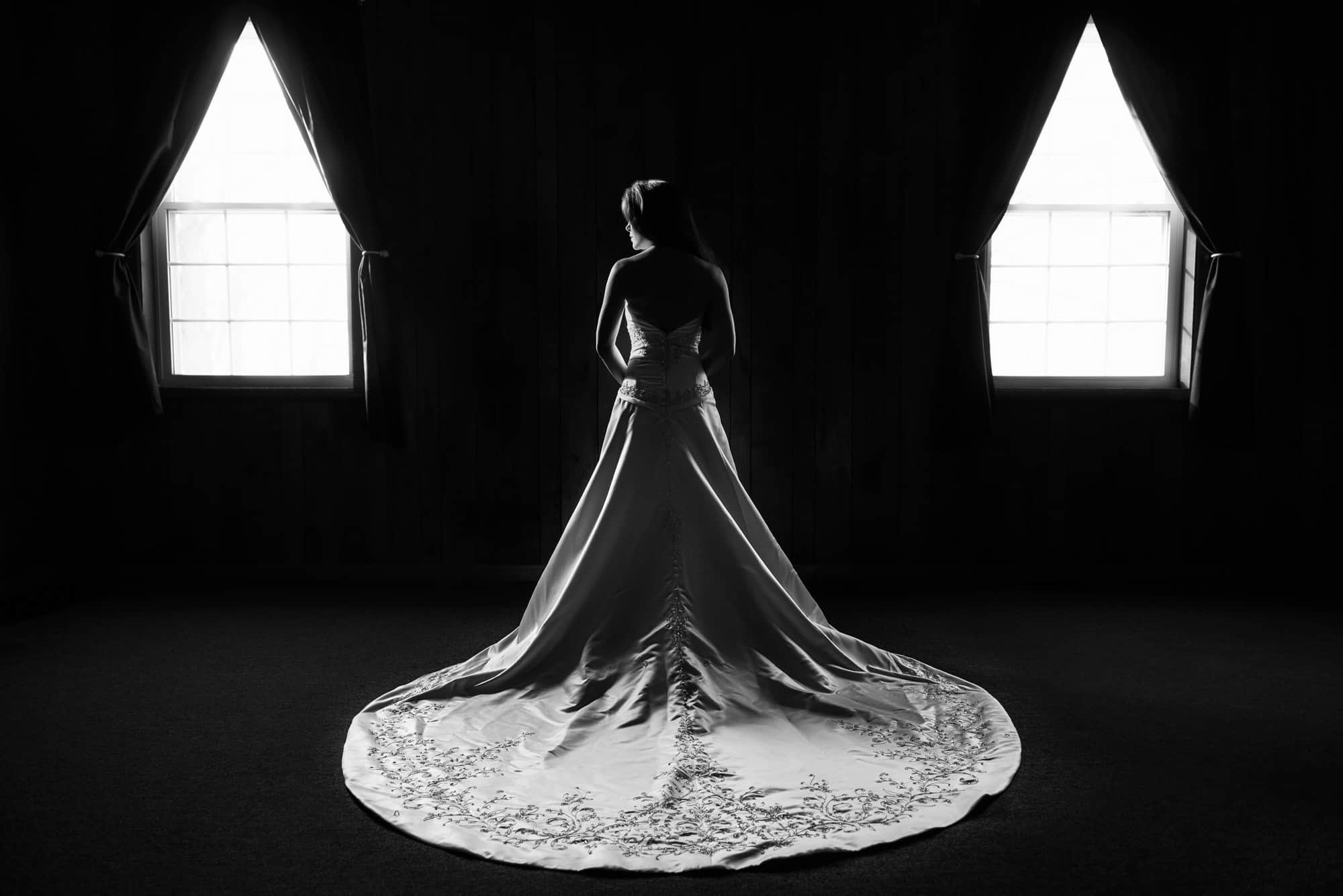 When we had finished with the bridal portraits, it was time for the ceremony, led by Jayson’s grandfather, who is the pastor at the New Testament Church of Greenville where the wedding took place. 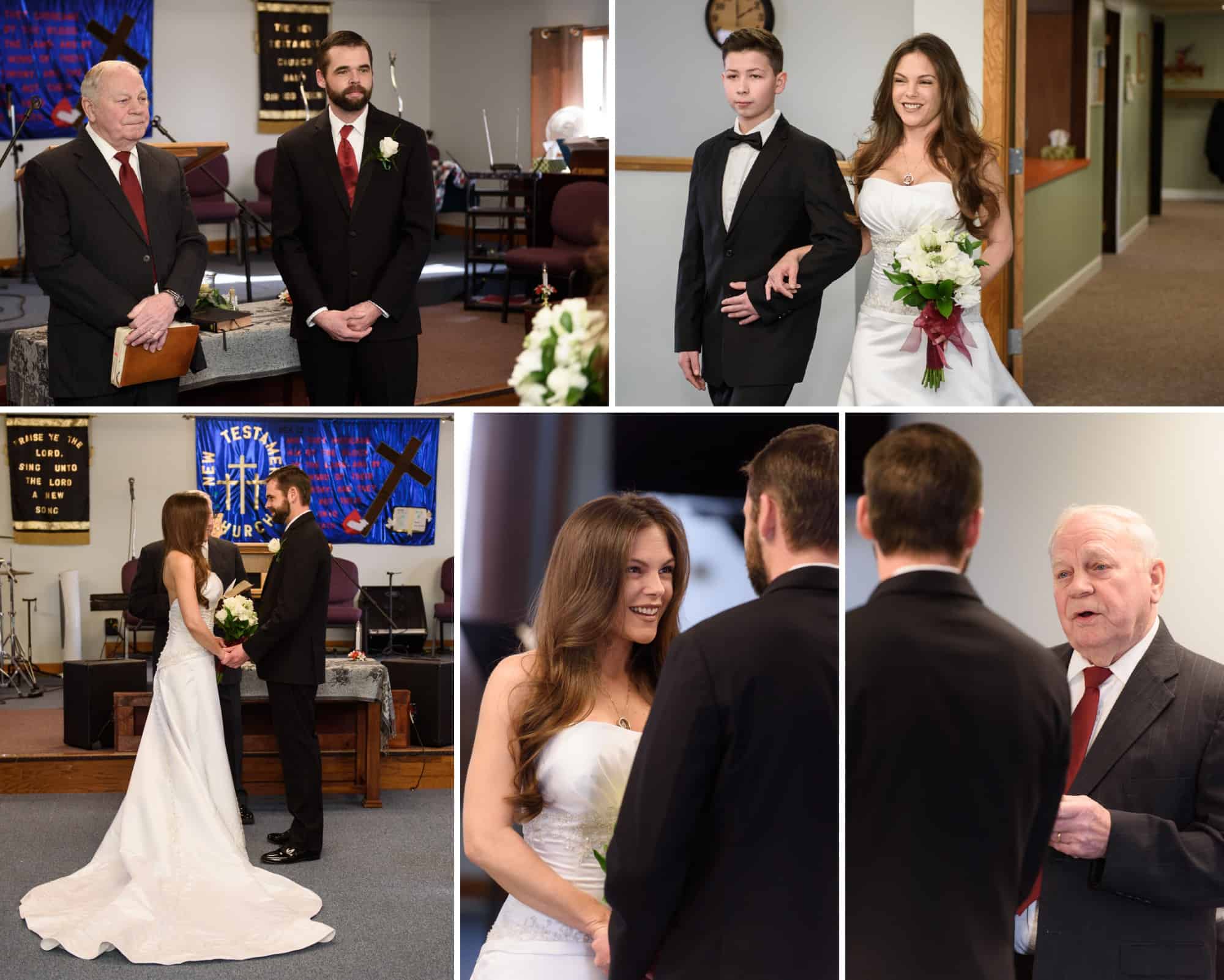 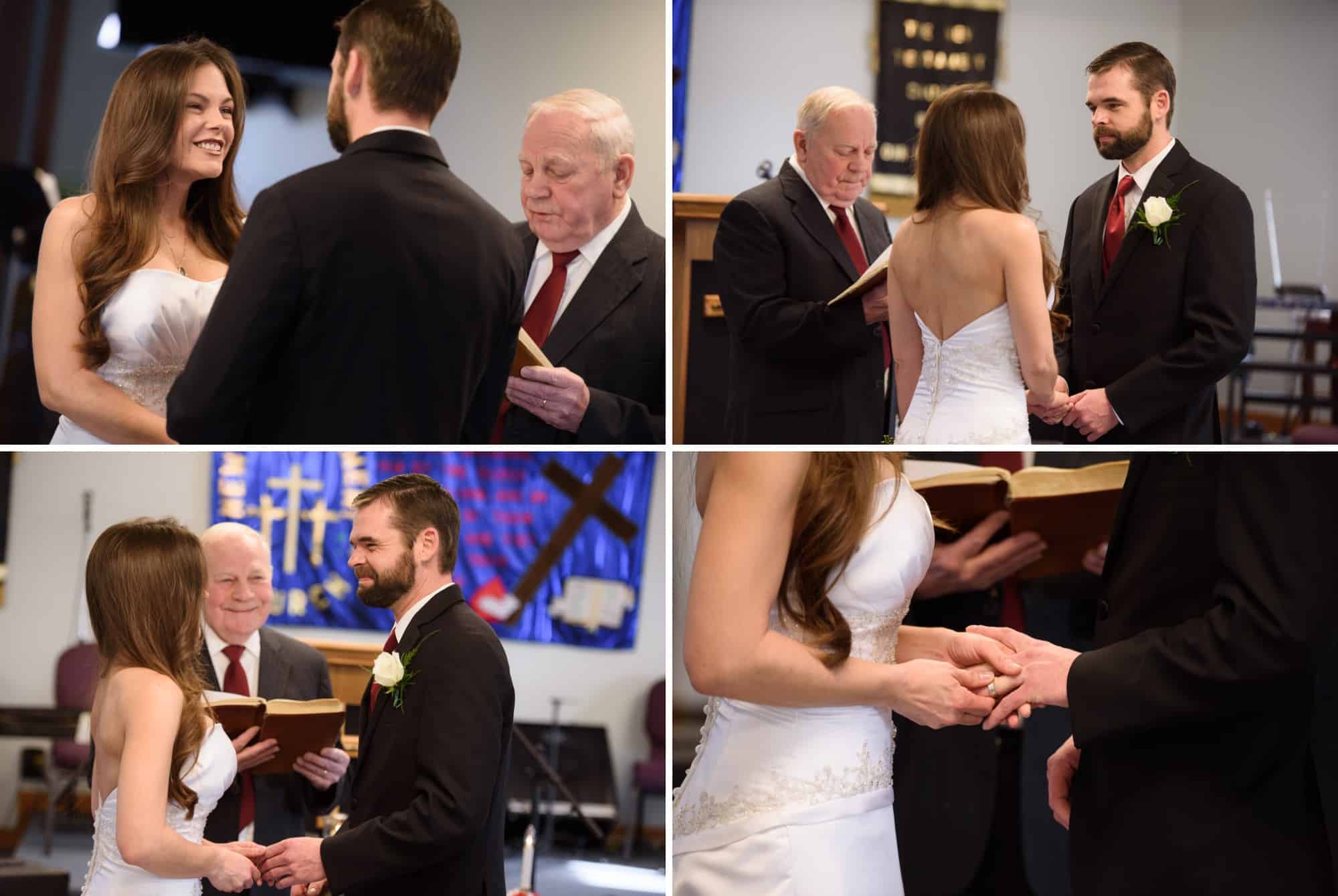 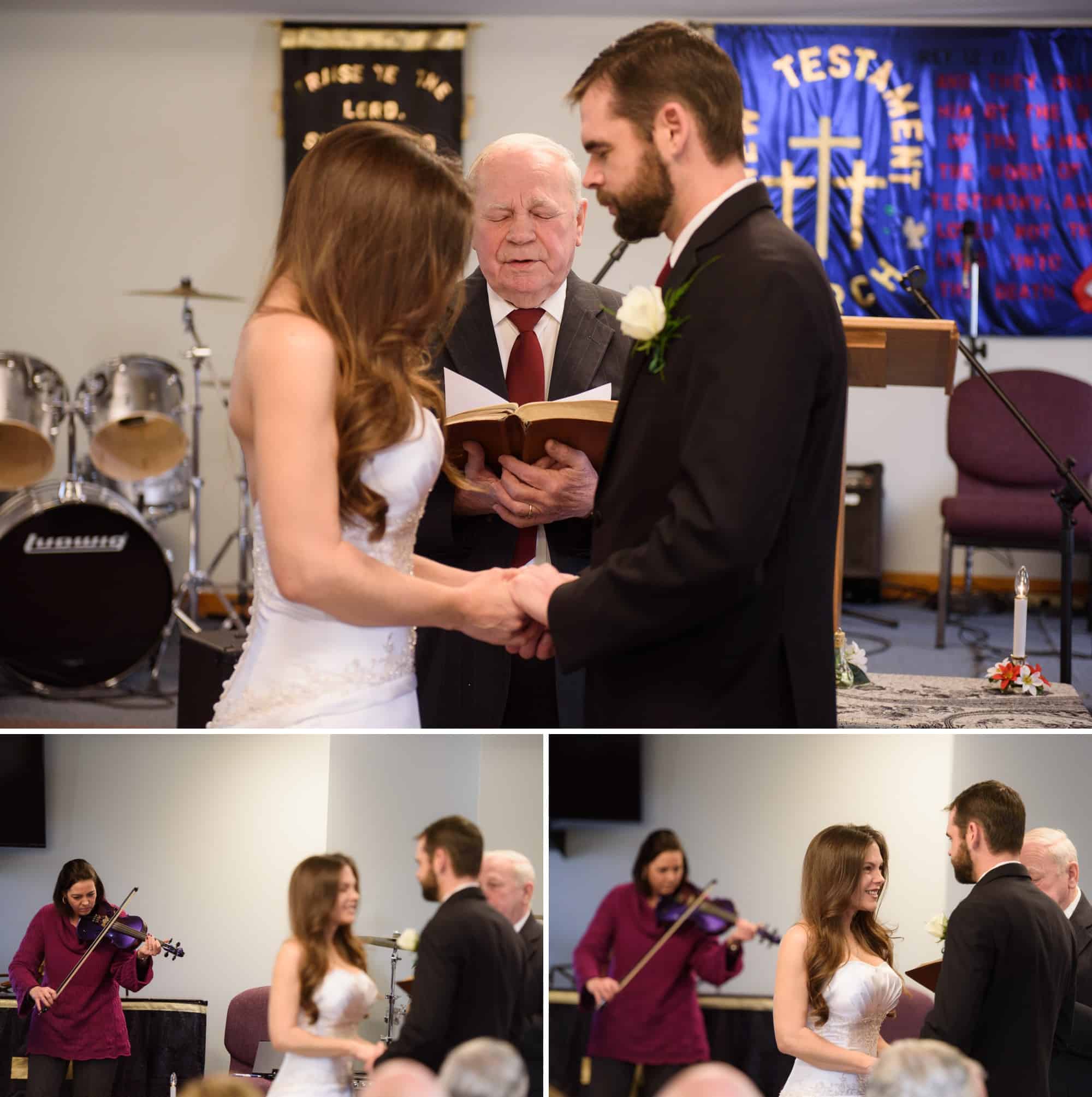 After the ceremony we went back to the room with the windows where I did a few portraits of Jayson and some bride and groom portraits. 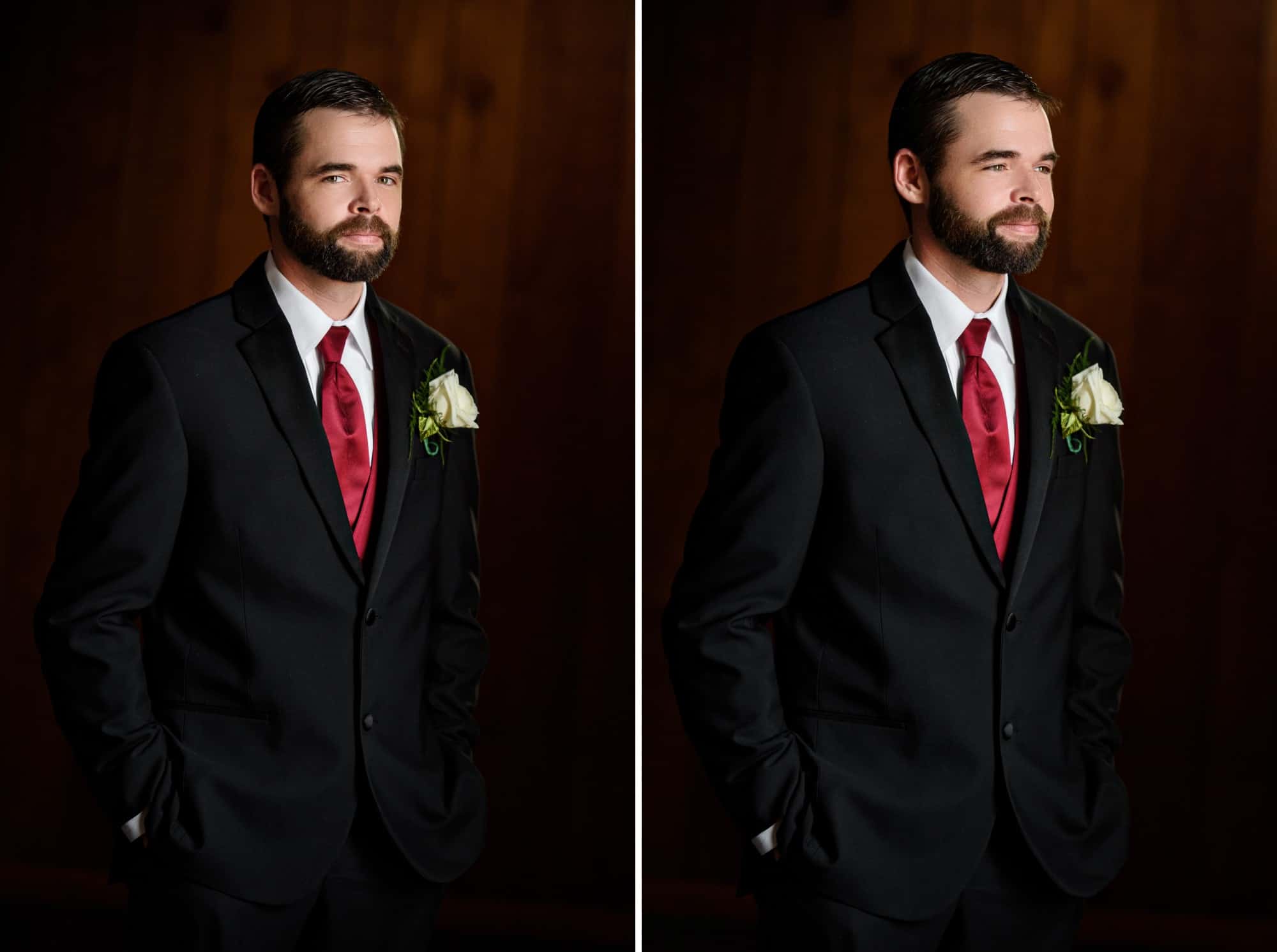 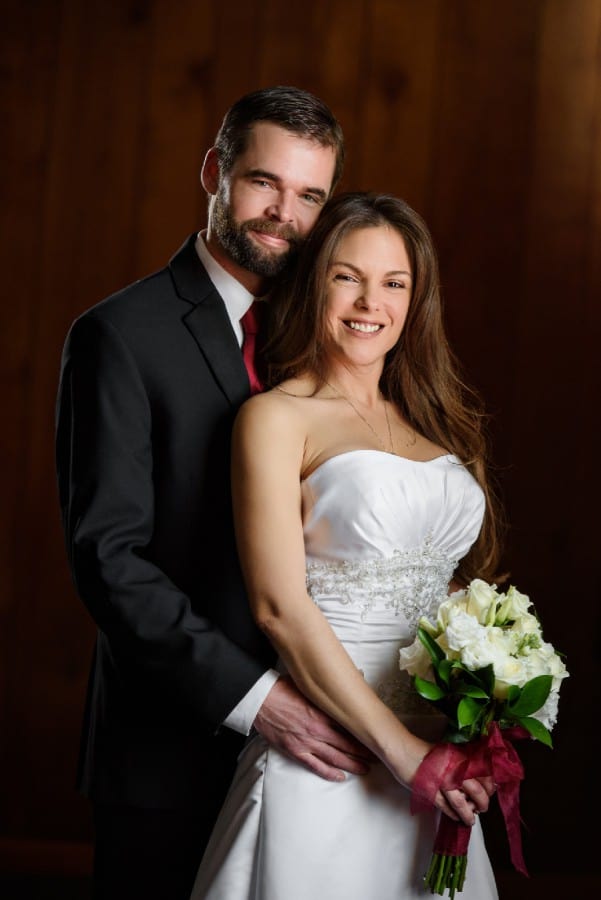 Moving back to the side angle allowed me to use the double rim light from the windows for a more dramatic look. This type of lighting is my favorite for images where the bride and groom are facing each other. I love the way it sculpts the faces and gives depth to their expressions. The same photos with frontal lighting would look flat and dull. It wouldn’t highlight the emotions on their faces the way the rim lighting does. 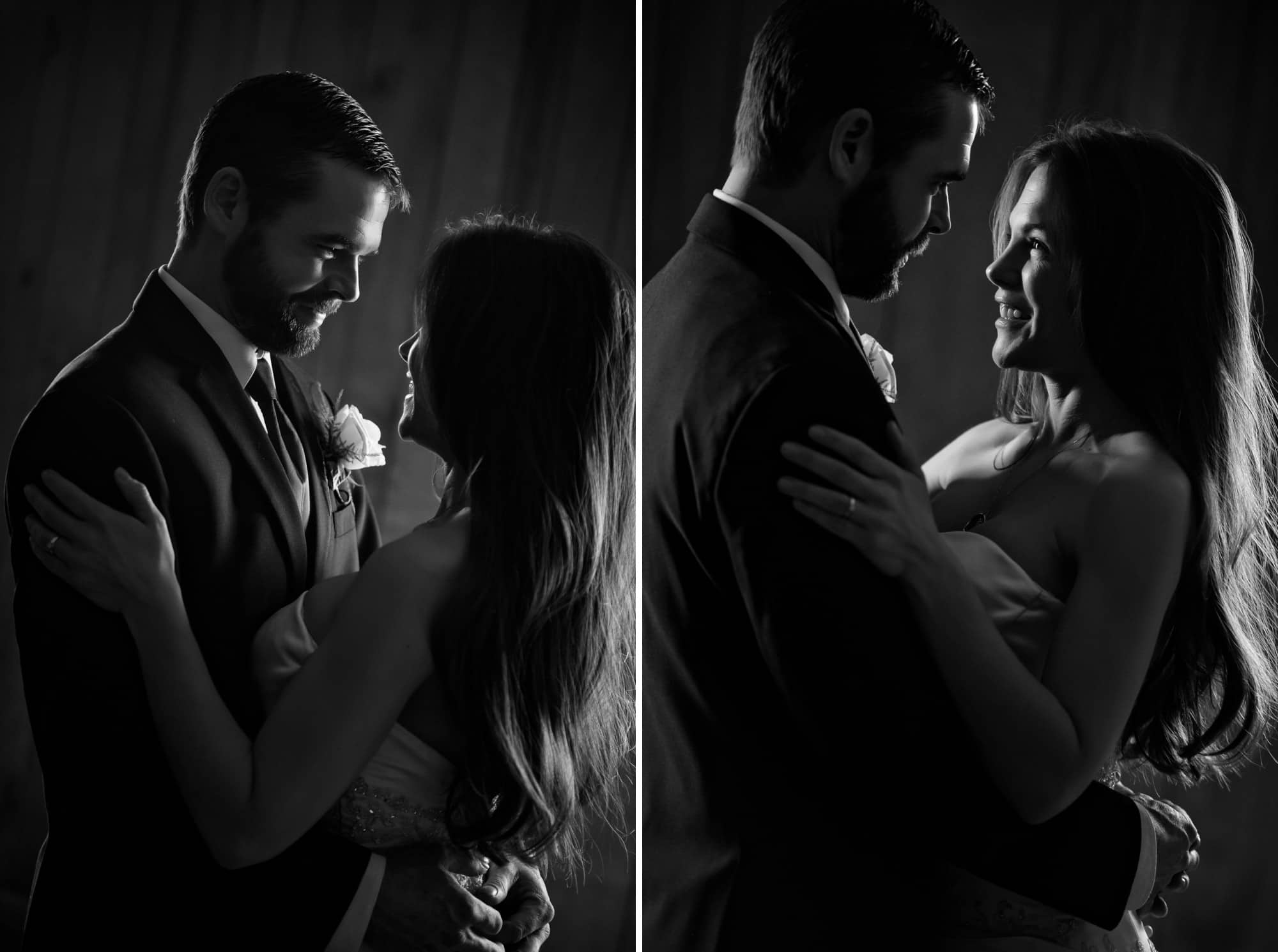 Next we headed outdoors for a few more photos. Since it was a cold day in January we didn’t want to stay out for too long. Fortunately there was an apple orchard right across the road from the church, so we walked over there and did some natural light photos. The snow acted as a reflector and made for soft, even lighting on the couple and the leafless trees produced an interesting background when thrown out of focus. 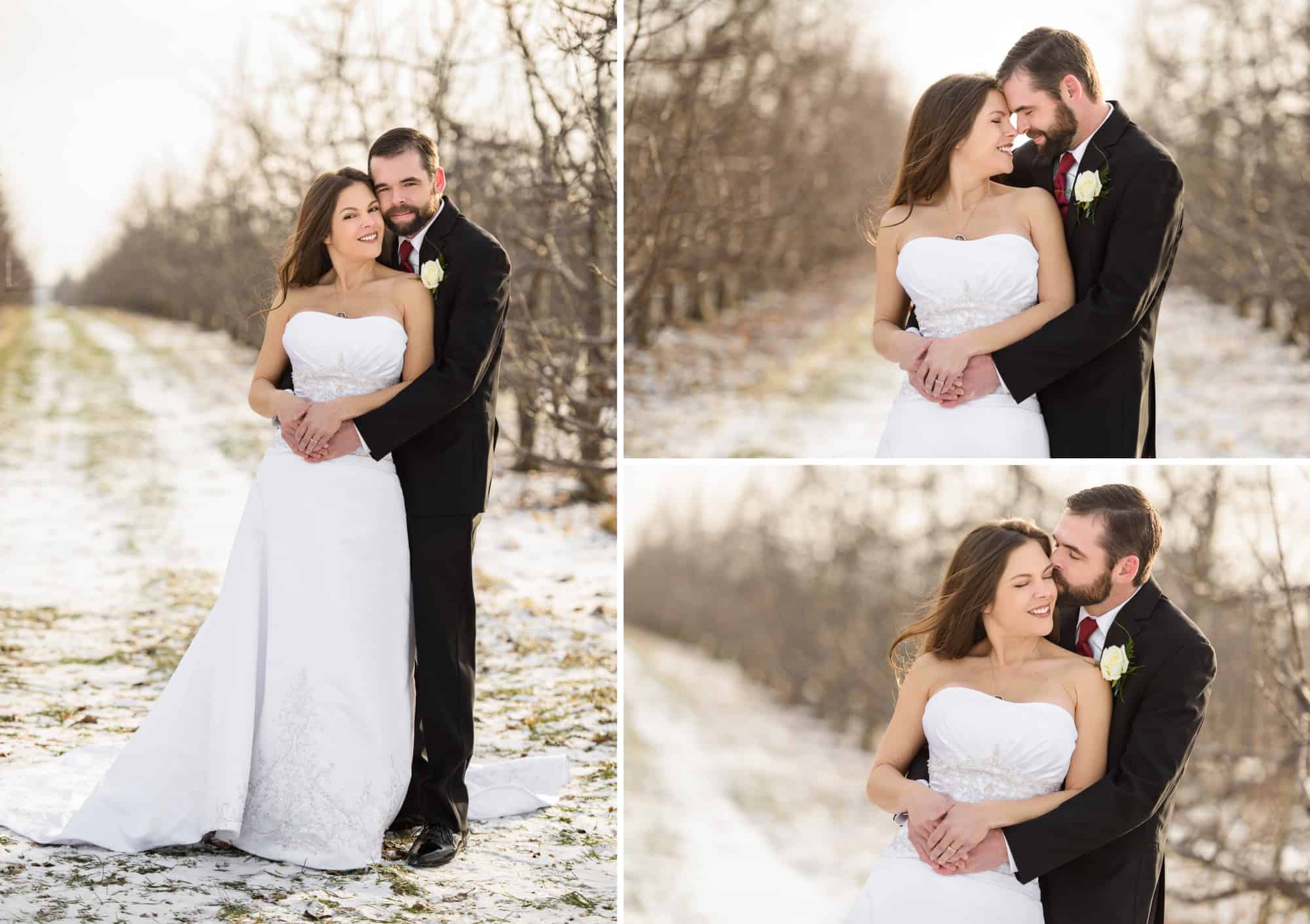 These photos were beautiful but I knew that this location had potential for a more cinematic portrait. Being in January, the sun was low in the sky even though it was still early in the afternoon. I wanted to capture that warm glow in the photo, but if I exposed my image for my bride and groom the sky just went pure white.

The solution was to underexpose the ambient light to show the dramatic sky, and then use a flash to light up Jayson and Karla in the foreground. I used a grid on my flash to limit the spread of light, creating a spotlight effect.

After leaving the church, Jayson and Karla headed to a reception with their family at a nearby restaurant. I came along to get some candid shots as well as photos of the cake cutting and a few portraits of them cuddling near the fireplace. 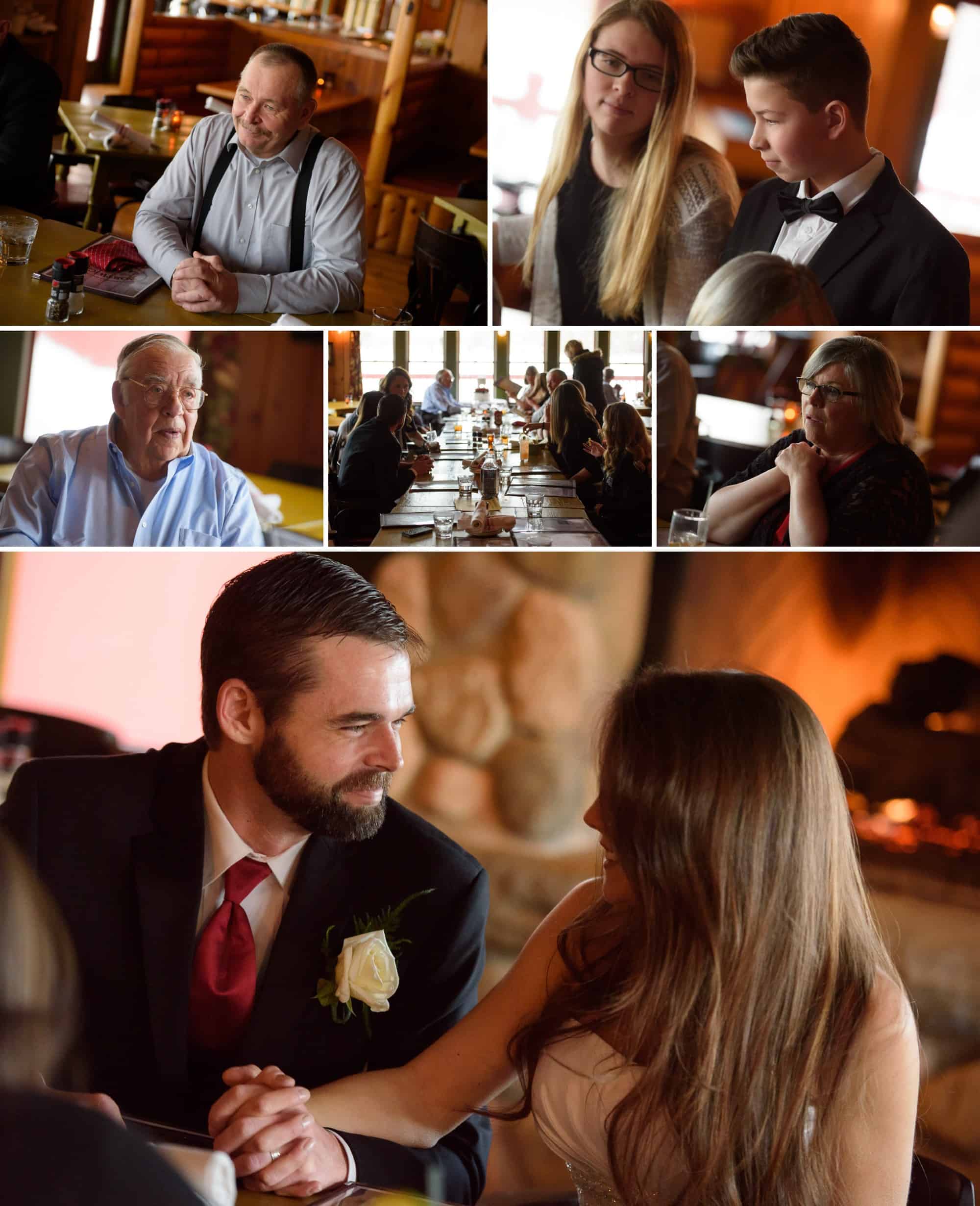 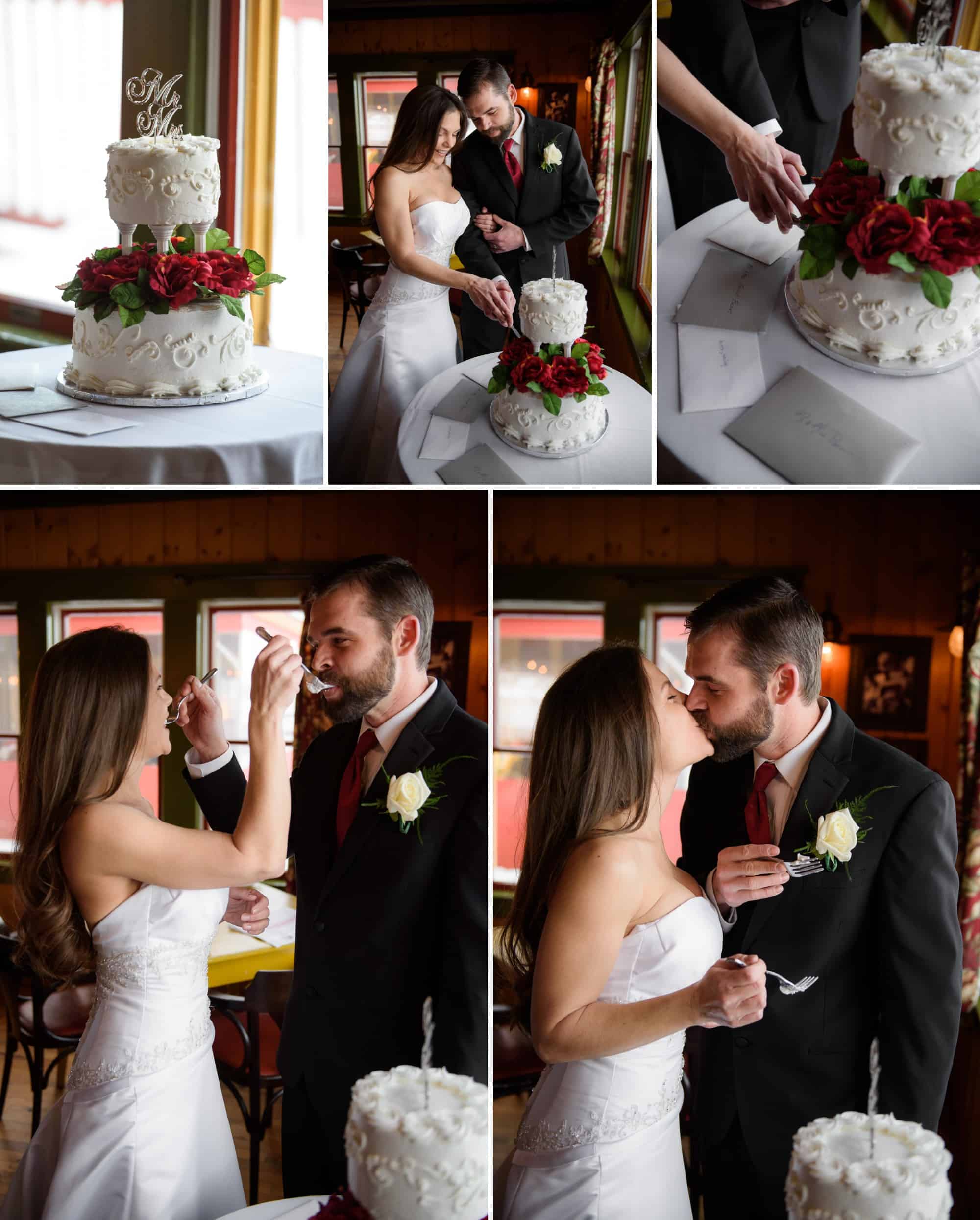 Are you planning an intimate wedding ceremony with a small group of loved ones? Send me a message using the form below to see if I’m available for your date. There’s no reason for you to miss out on having beautiful images to remember the day! 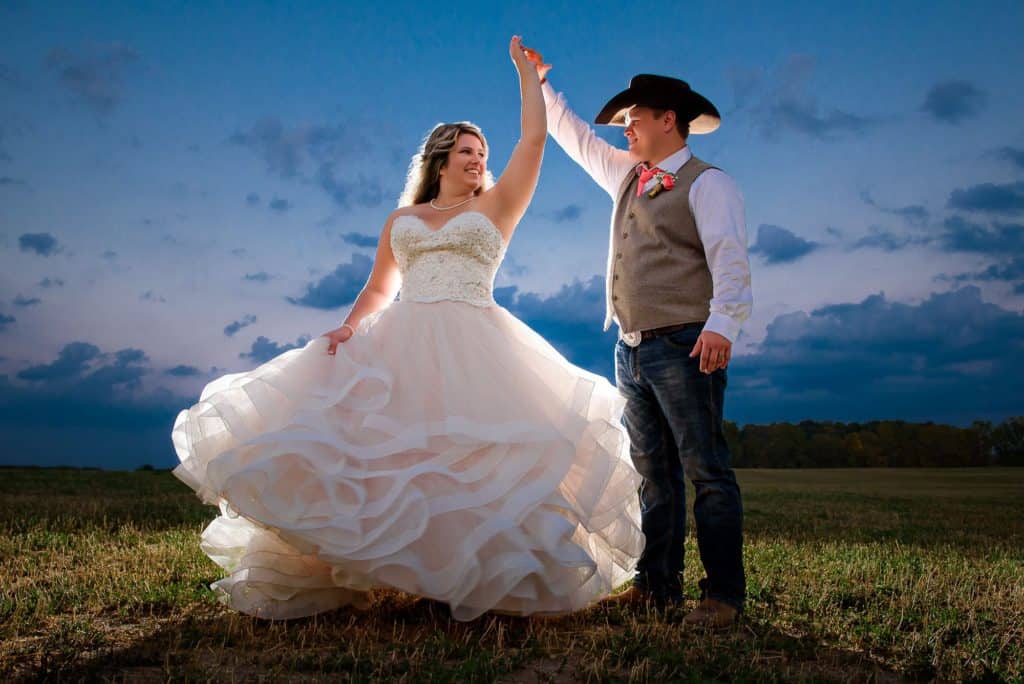 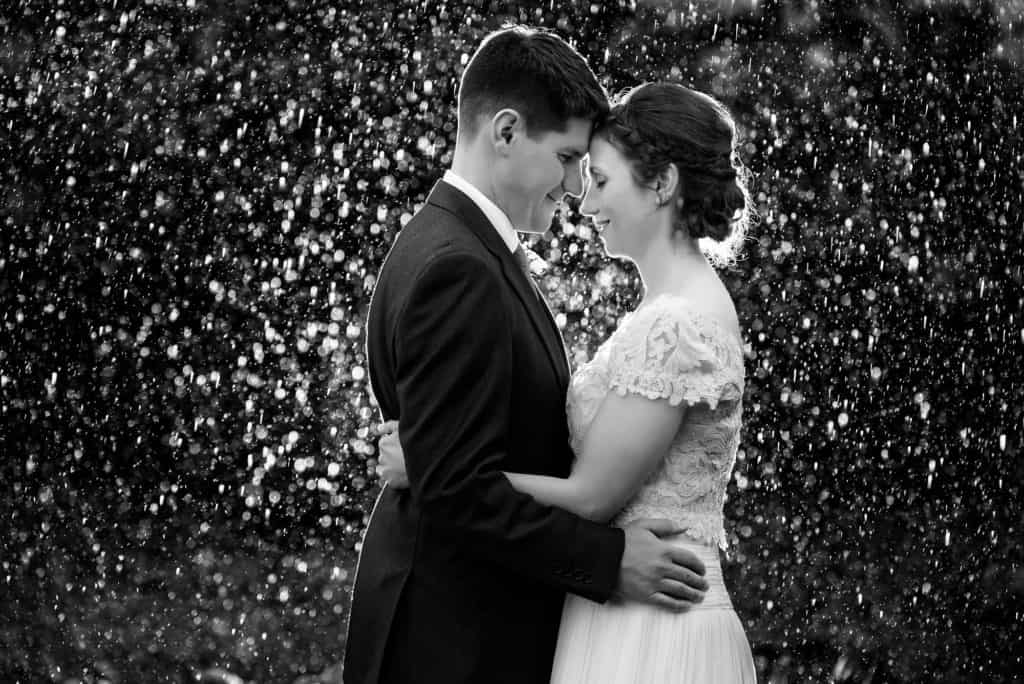 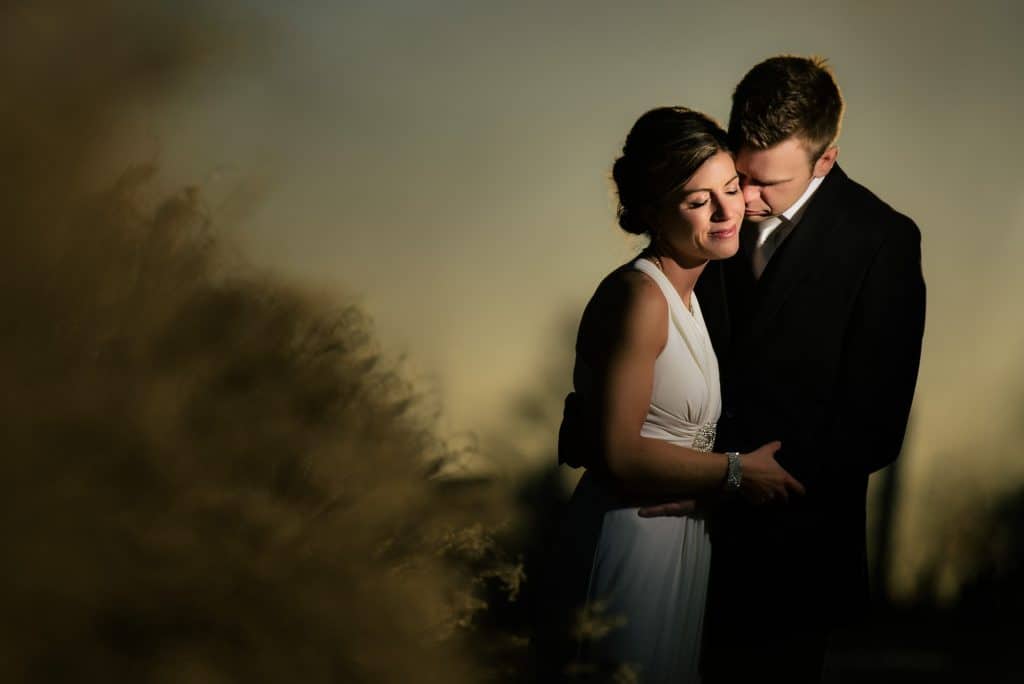 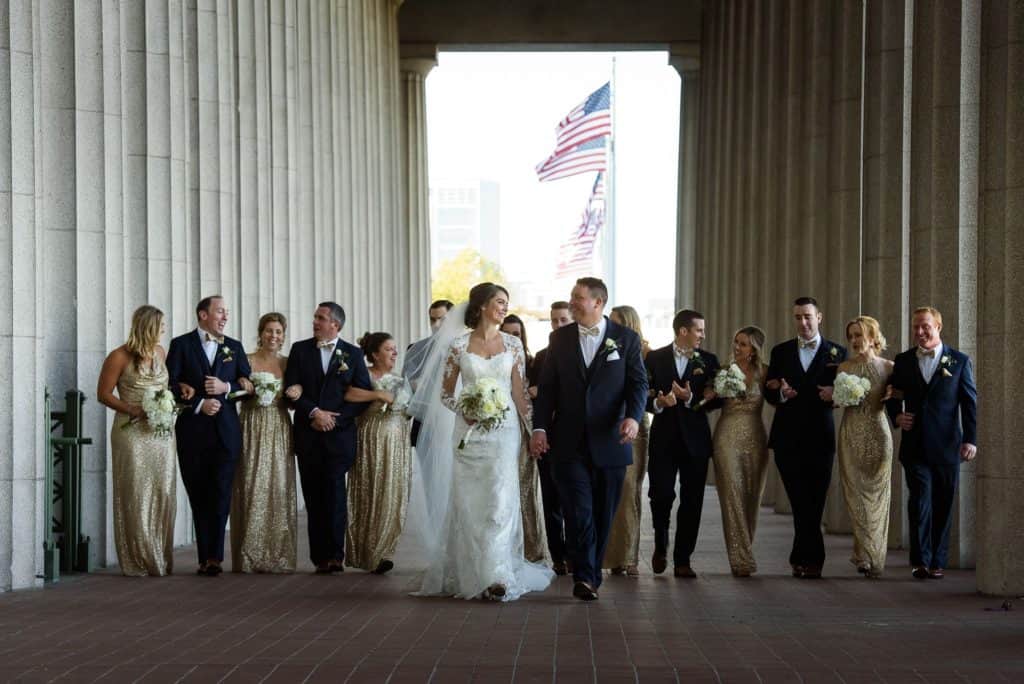 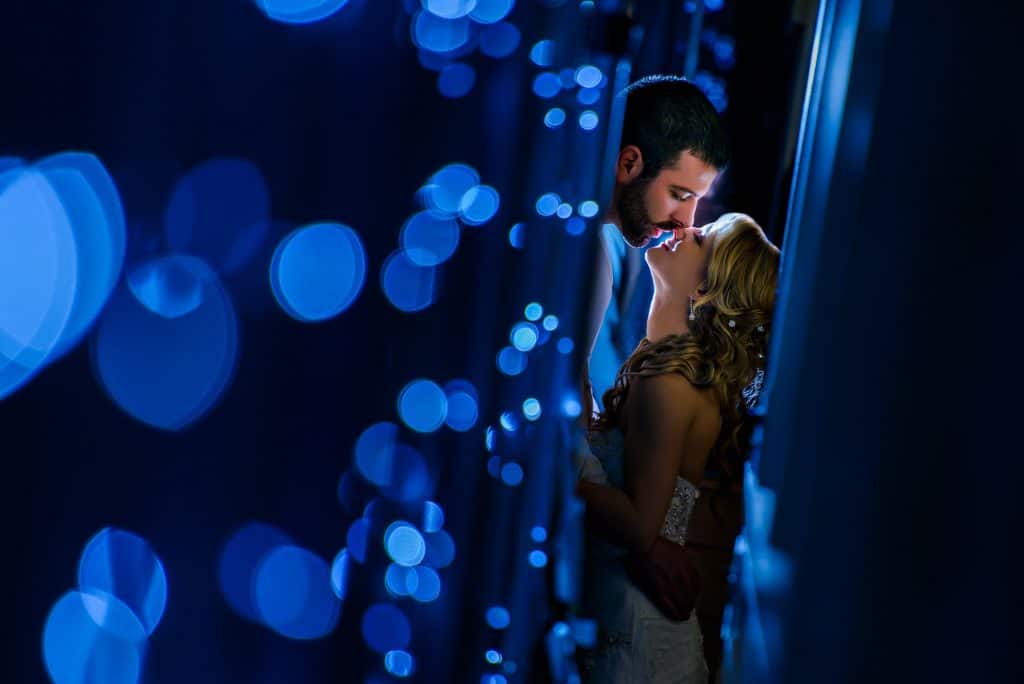 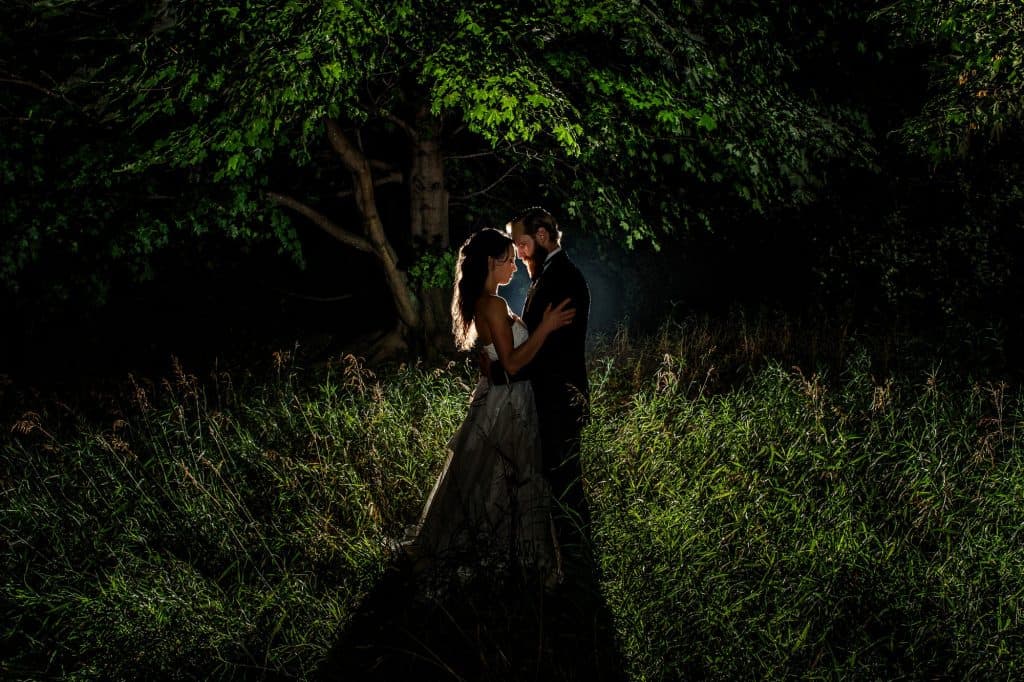