Chris and Caitlin were married on a January day in Grand Rapids. Even though it was snowing outside, the interior of the Lena Meijer Tropical Conservatory at Frederik Meijer Gardens provided a warm, lush, tropical setting for their wedding. We were outside only for a few minutes, to do the first look under the softly falling snowflakes. 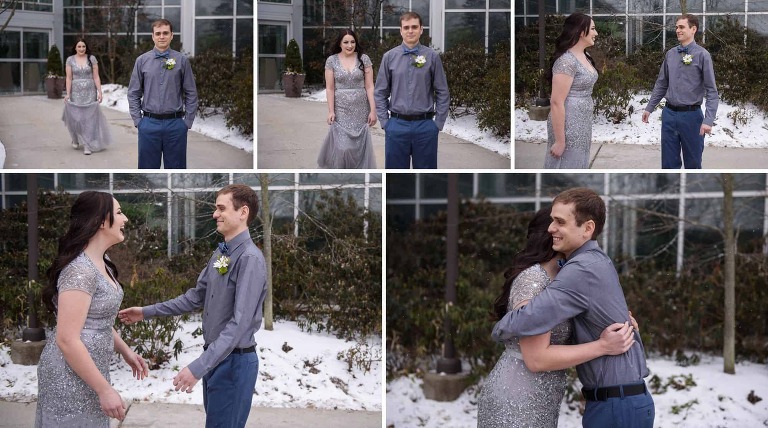 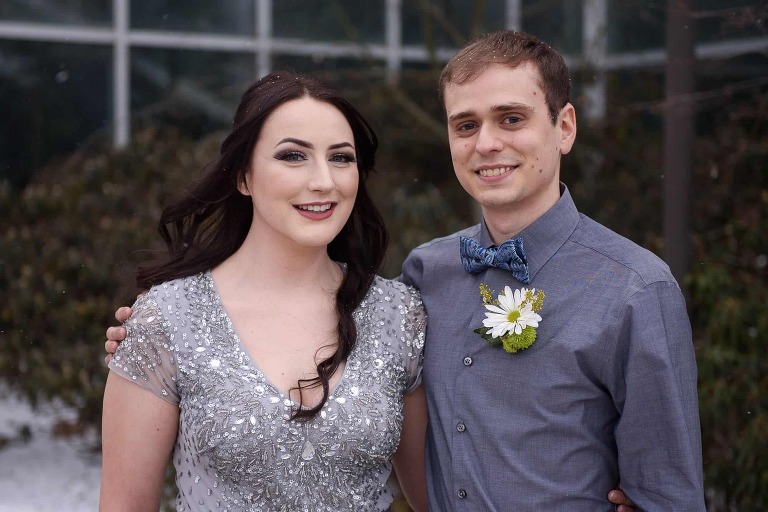 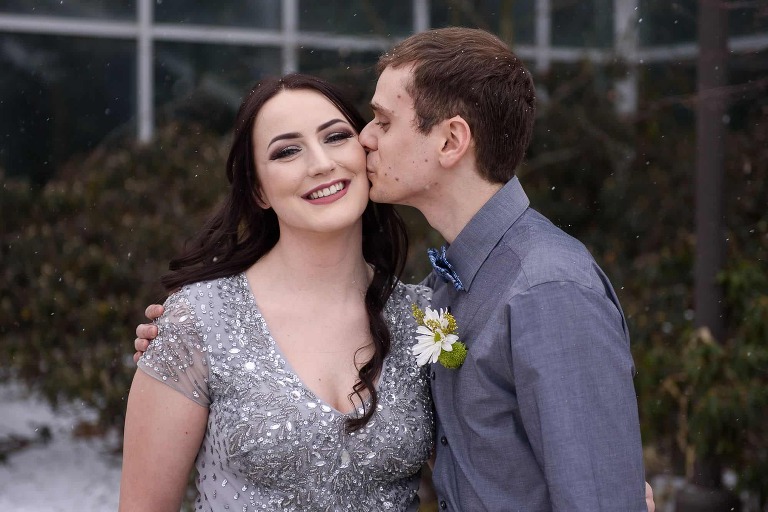 After the first look we were happy to retreat into the warm, verdant environment of the Conservatory, where I took some portraits of the bride and groom. 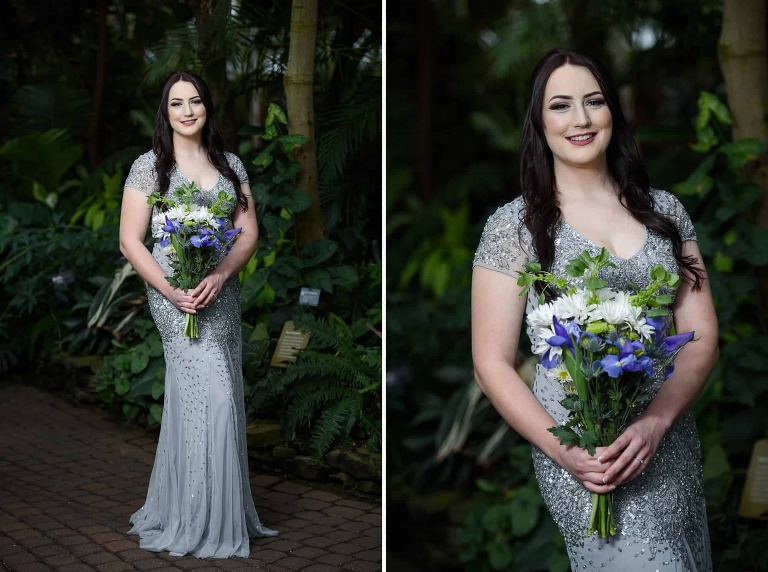 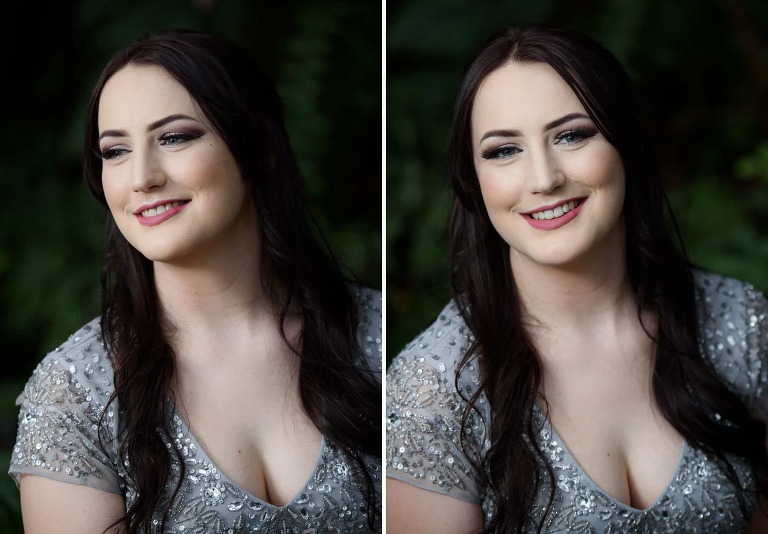 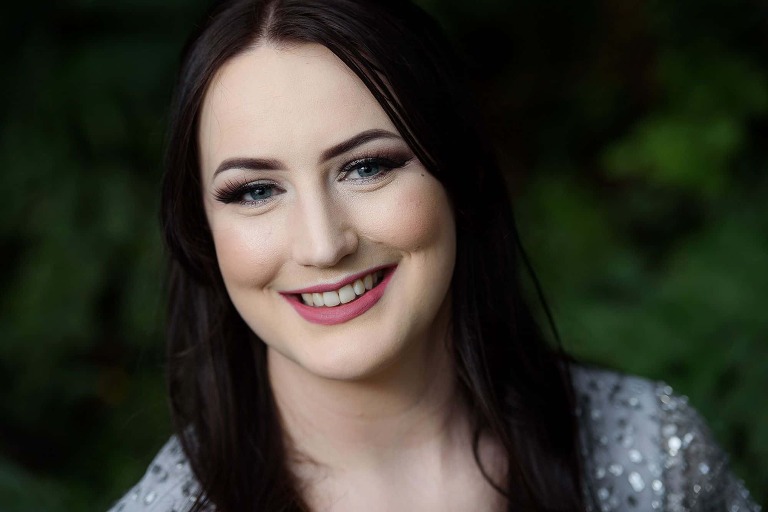 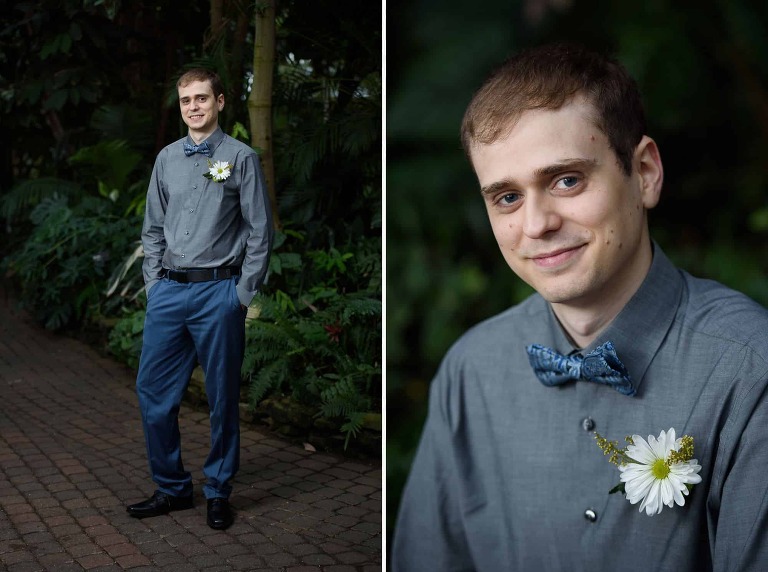 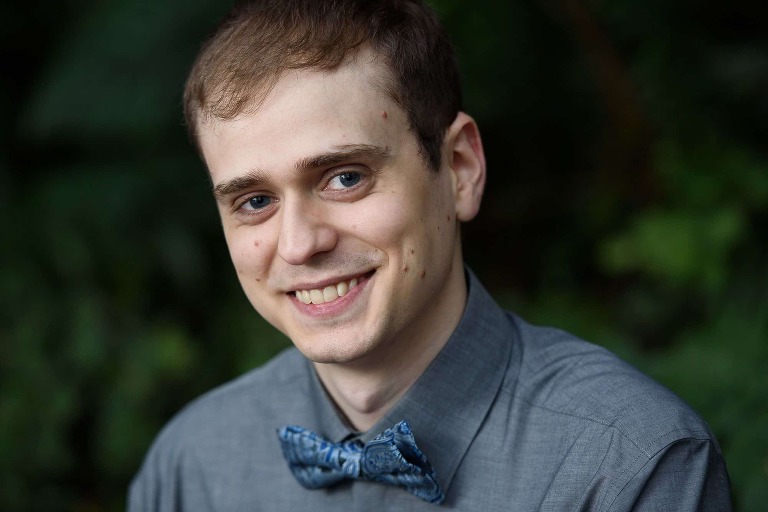 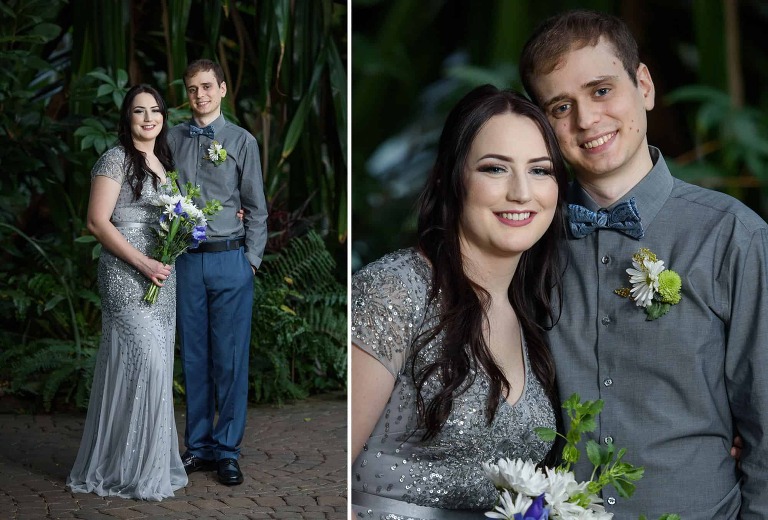 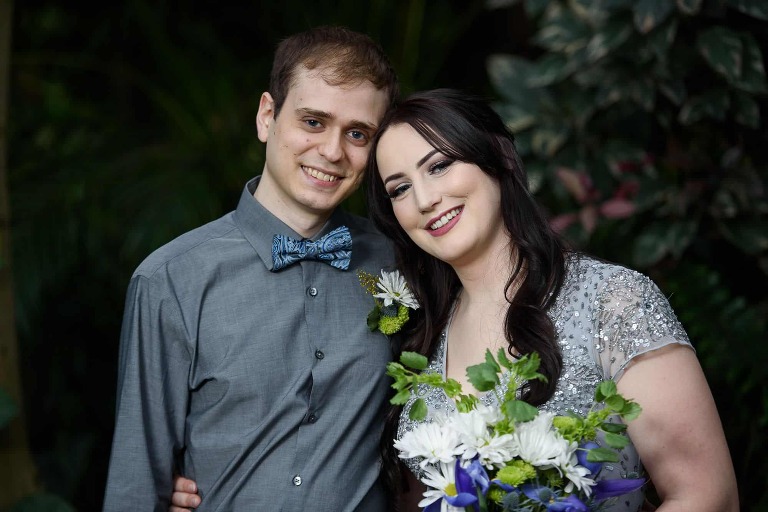 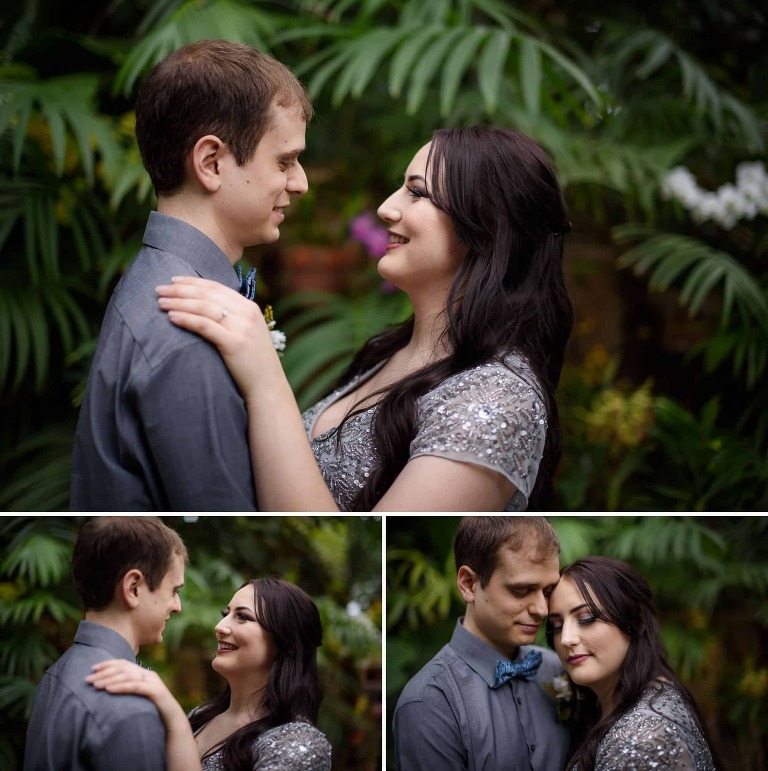 The jungle-like setting of the Conservatory provides many beautiful locations and backdrops for photos. For the photo below, I shot through some of the vegetation to frame the Chris and Caitlin and give a sense of the space. Shots like this can run the risk of the couple being “lost” in the frame and overpowered by the chaotic surrounding elements, but by using flash to spotlight them I was able to avoid that pitfall and make them stand out clearly as the central subjects of the image. 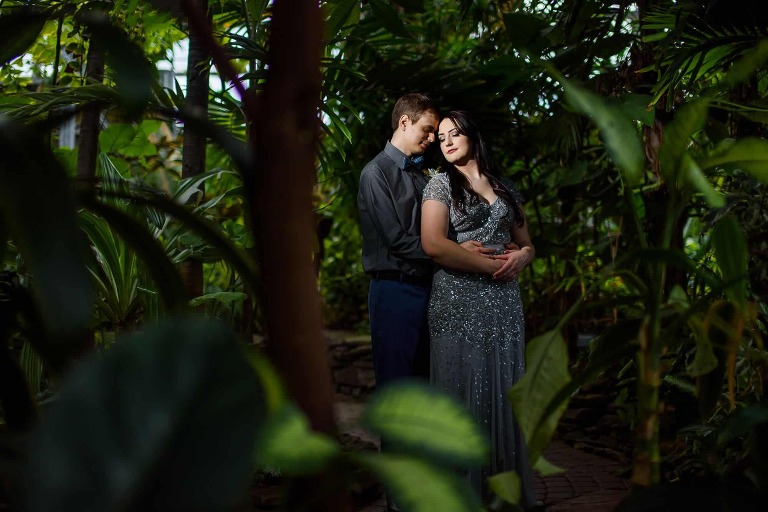 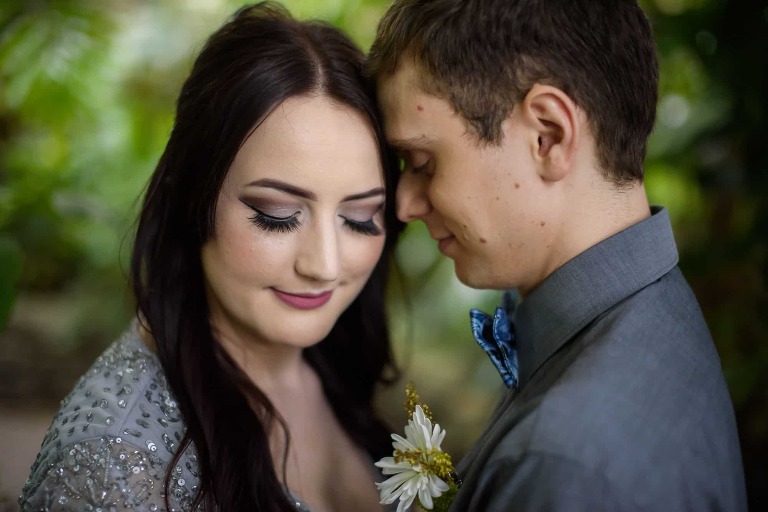 Chris and Caitlin’s immediate family joined them for the ceremony, which was held on the bridge in the center of the Conservatory. Caitlin came down the “aisle” from the waterfall cave. 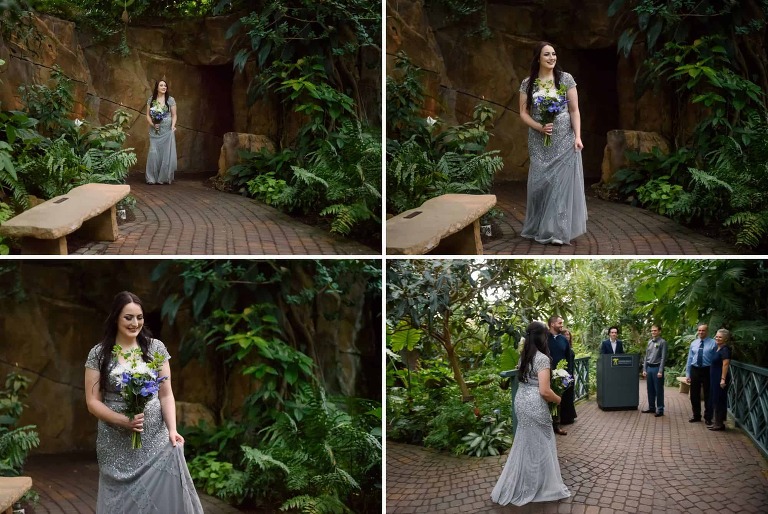 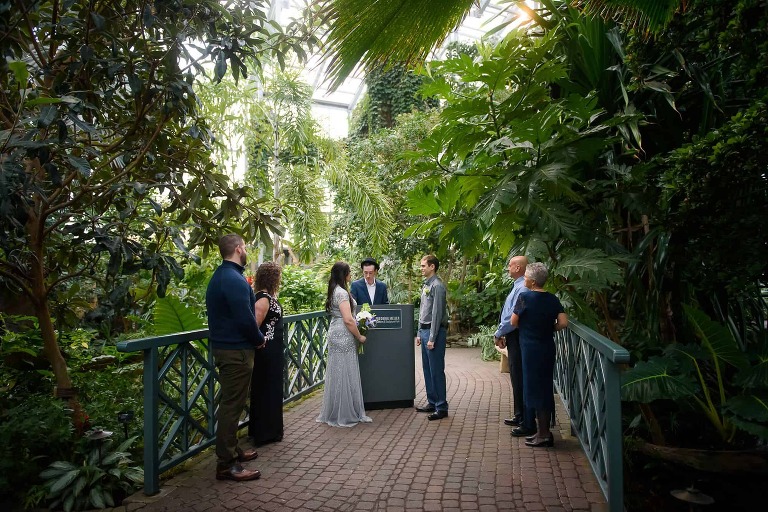 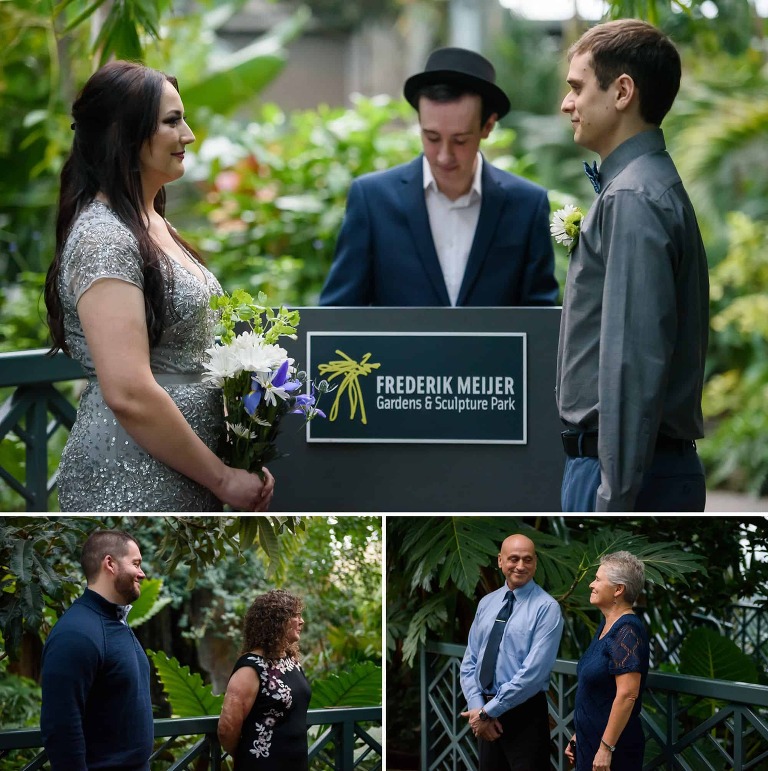 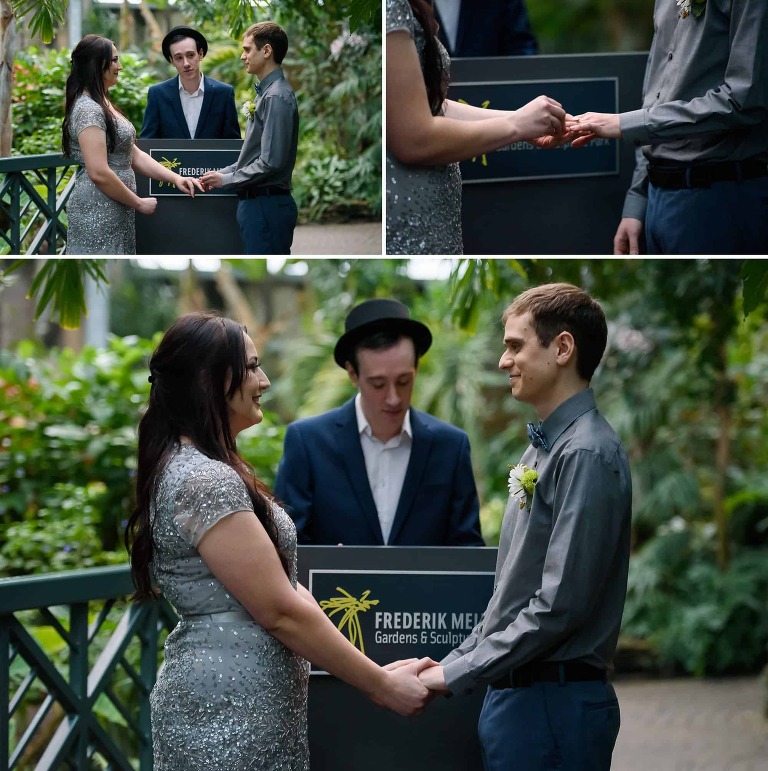 The license signing was incorporated into the ceremony. 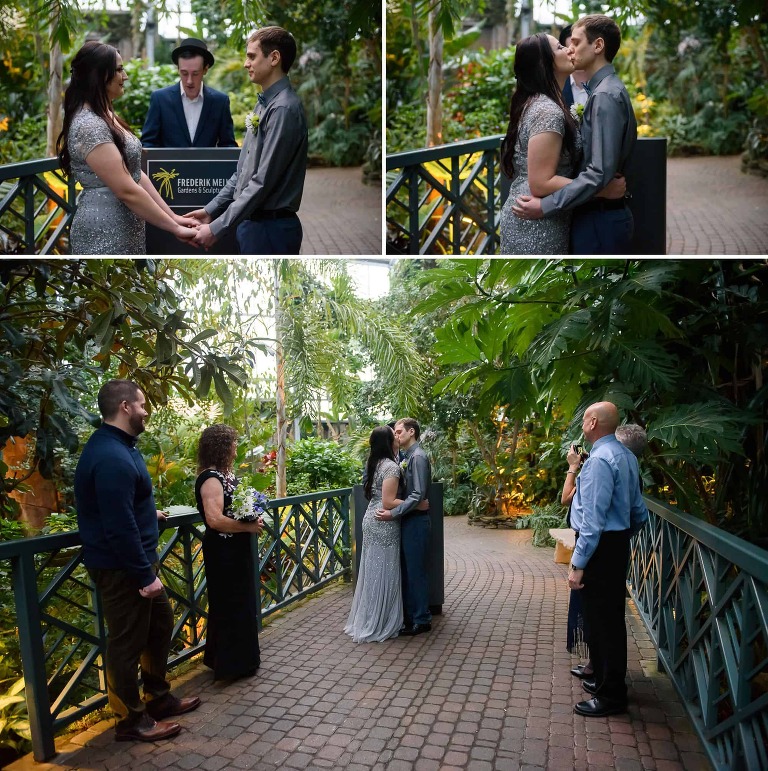 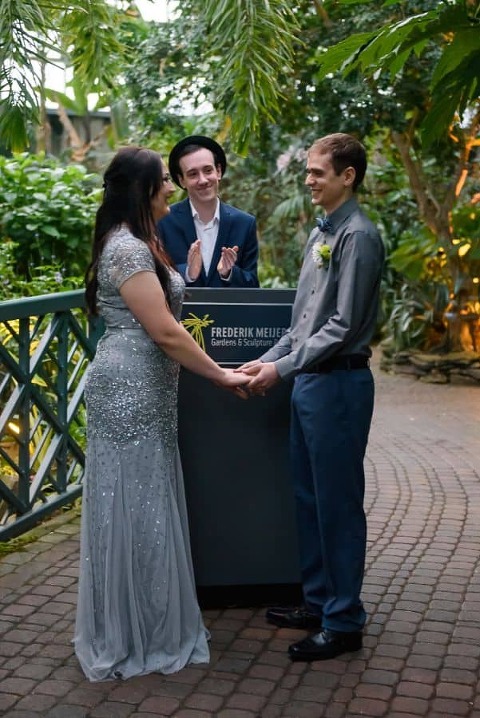 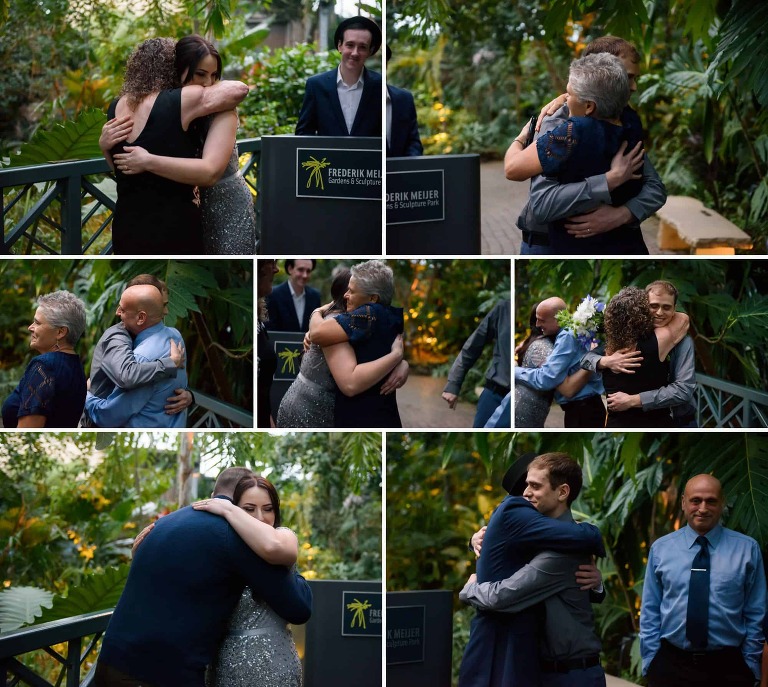 After the ceremony dusk had begun to fall which gave us the opportunity to get some more dramatic night time portraits. The arched bridge was a perfect spot to do a backlit portrait. Putting my flash behind Chris and Caitlin gave them a beautiful rim of light as well as highlighting the textures of the stone pathway and the tropical vegetation. 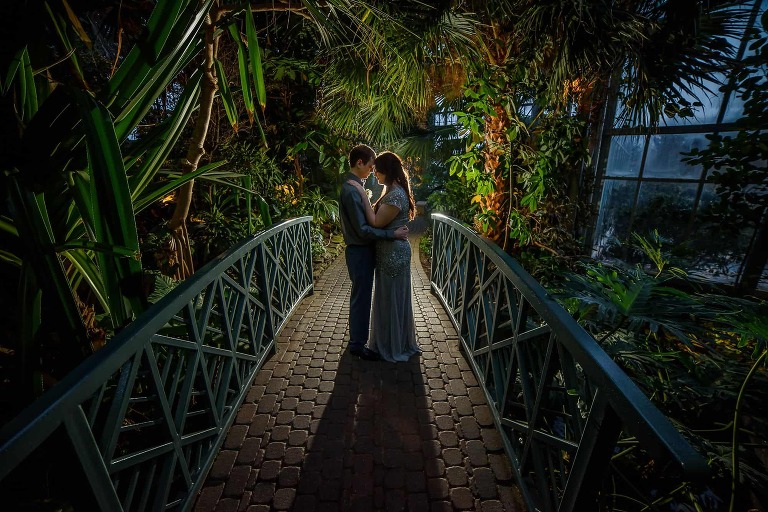 I these shots I love how the warm glow of the lights on the pathway contrast with the blue sky coming through the glass ceiling of the Conservatory. Of course, the key was adding just enough light to the bride and groom (and from the right direction) to beautifully illuminate them in harmony with the ambient light sources. 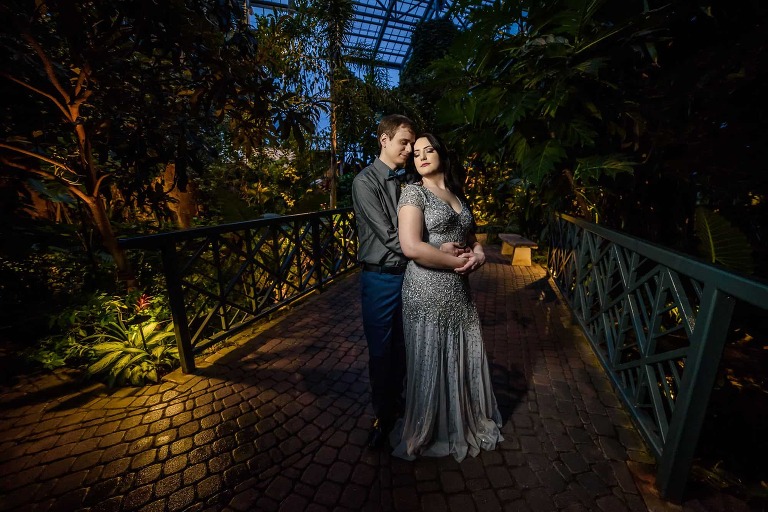 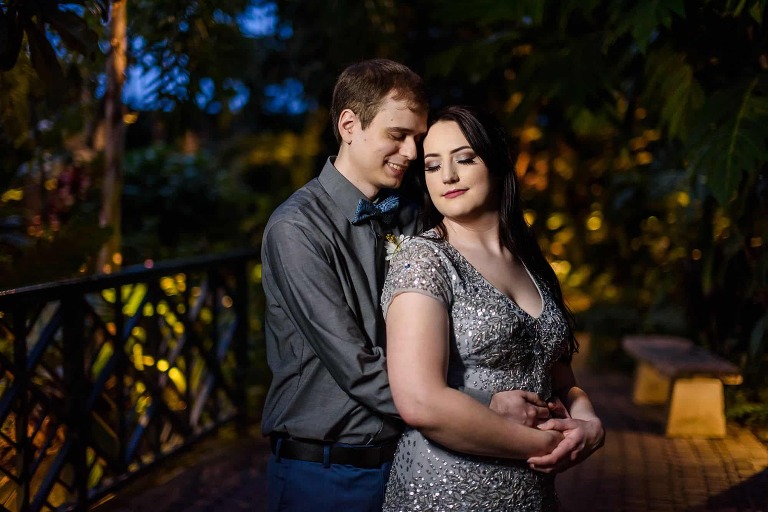 I’m located in Grand Rapids, MI and available for weddings anywhere. Wedding collections start at $2995 including full day coverage and a custom designed wedding album. If you're interested in hiring me, the first step is to get in touch and see if I'm available for your wedding date. Fill out the form below to send me a message and find out!

You can also give me a call at 616-490-4071 or email contact@timkphotography.com – I look forward to hearing from you!